Ironface - No Time for Flowers 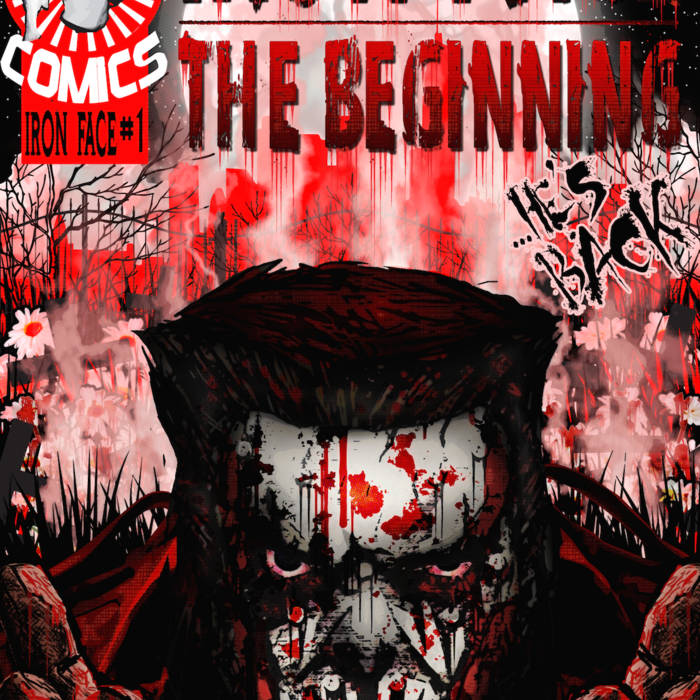 The phenomenon that has spread through the Twitch.tv community like a hell storm. All started from the morbid imagination of a young Dan Paul. Now he hosts his own streaming comedy/video game channel The Sour Koolaid Show.

He and his loyal "Kooligans" have given life to the childhood creation. Then one famed show that shall live in infamy - the party god Andrew W.K. made a very special guest appearance. One of the things he did was to read the very first Ironface story written by DP.

We had the honor of being invited to the show. It was an absolute blast. Afterwards DP asked if we would be willing to do an Ironface song. Which we excitingly and happily agreed to do. This is the outcome. We hope you enjoy it. We had so much fun creating this..we are honored to be apart of the Ironface legend.

Verse 1:
Have you heard of the legend?
The monster or the beast
Whose mayhem could't contain him
He was a plague infecting the east
When the cops (sealed their fate with an iron plate)
They can't stop (the twisted man named Ironface)

Verse 2:
The homeless, sad, and angry men
A lip smacking whore
Met the business end of a friend named death
Sent in human form
The city burned (fire rained down from the sky)
What they learned (that Ironface just would not die)

Verse 3:
So he laid his head
In a coffin's bed

He lives for your fear
No time for flowers here

Ironface says," This is my city now."

...Ironface was back - it was the beginning of the nightmare...

released July 14, 2015
Written by Dead Animal Assembly Plant (Z.Wager, Eric Bergen, Regulo Jr., Travis Geny)
Based on an original character/story by Dan Paul (Sour Koolaid Show)
Cover art by DEADLEAVES (deadleavesfall.deviantart.com)
Lyric sheet art by Buzz Art (htttp://www.facebook.com/pages/Buzz-ARt/164331373601468)
Special thank you to all the Kooligans that submitted their "ALL HAIL" audio clips. All that were sent were used in the making of the song.

Bandcamp Daily  your guide to the world of Bandcamp

Featured sounds from Fly Lo and Ahmed Idris, plus Mother Nature hops on to drop off new project